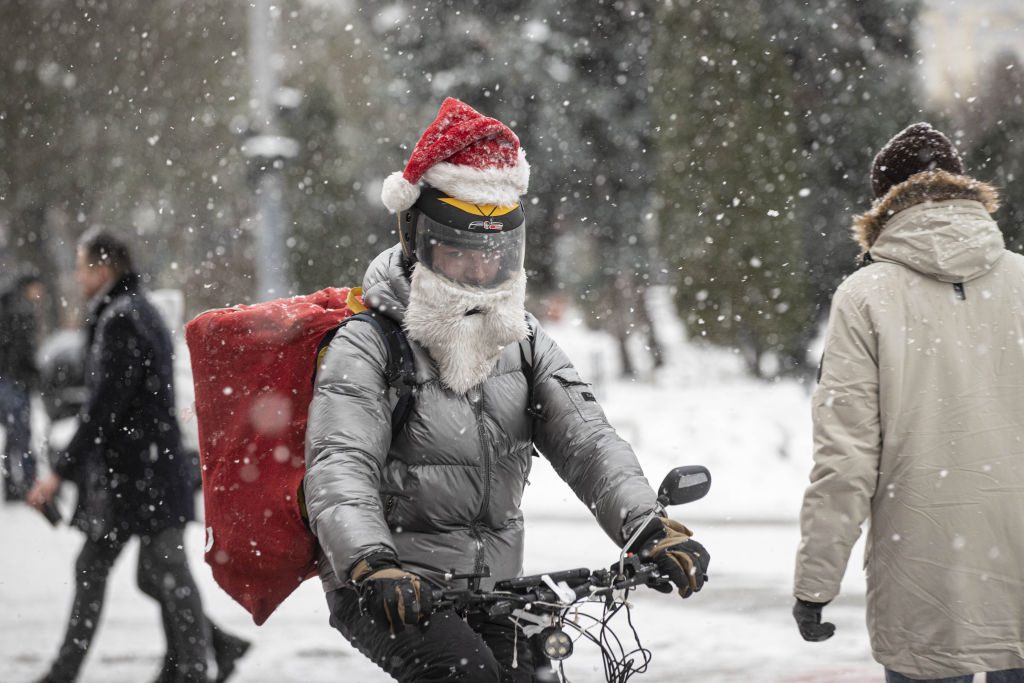 Citizens pass their time around Kontraktova Square in the Podil district during a snowfall, on Dec. 3, 2022 in Kyiv, Ukraine. (Photo by Metin Aktas/Anadolu Agency via Getty Images)

Zelensky: $60 oil barrel price cap is comfortable for Russia’s budget. President Volodymyr Zelensky said the long discussion leading to the $60 a barrel price cap on Russian oil has finished “without big decisions.” Zelensky said, “it’s only a matter of time before stronger tools will have to be used anyway. It is a pity that this time will be lost.”

Ukraine’s chief negotiator says Russia must withdraw from Ukraine before starting talks. Lawmaker David Arakhamia, head of the governing Servant of the People faction and Ukraine’s chief negotiator with Russia, said Kyiv is ready to provide Russia with security guarantees after it withdraws its troops from Ukraine, pays reparations, brings all war criminals to justice, and voluntarily surrenders nuclear weapons.

US official: Pressure on Putin over nukes forces him to change war tactics. U.S. Secretary of State for Political Affairs Victoria Nuland said in Kyiv that the warnings from other states convinced Russian dictator Vladimir Putin that the reaction to the use of nuclear weapons by Moscow would be unprecedented and difficult for Russia. The use of nuclear weapons would have a response and consequences of an incomparable level, Nuland added.

Ukrainian intelligence: Russia using more newly-produced missiles as existing stockpiles run low. Russia is continuing to burn through its strategic missile stockpile, and now firing more and more new missiles, with some produced as recently as August, according to Vadym Skibitsky, a representative of the Ukrainian Defense Ministry’s Intelligence Directorate. Skibitsky said such assessment suggests that some missiles are being used “directly from the assembly line.”

ISW: Russian document indicates that mobilization continues despite government’s statements. A Russian Telegram channel dedicated to providing Russians legal support to avoid compulsory military service published a document of the Russian National Guard which confirmed that mobilization continues despite President Vladimir Putin’s announcement of the formal end of partial mobilization on Oct. 31, the Institute for the Study of War reports. 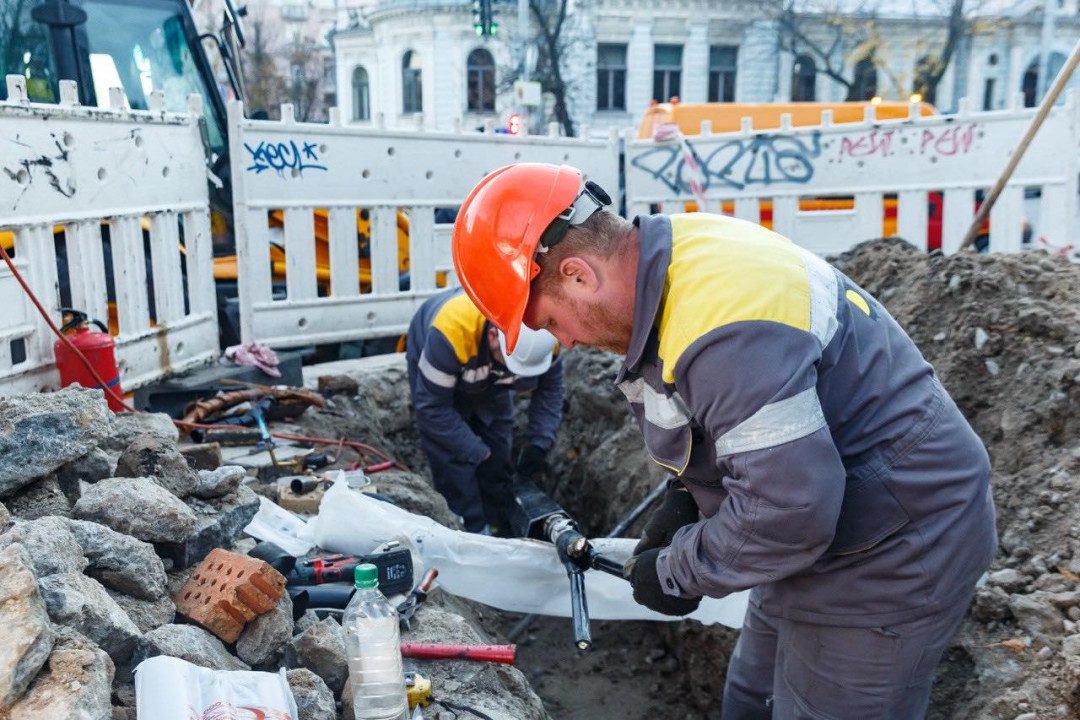 Ukrainian energy company on attacks on infrastructure: ‘No system in the world has faced the same.’

Ukraine faces its most challenging winter as Russia relentlessly strikes its energy system to plunge the nation into cold and darkness. Since mid-October, Russia’s carried out five mass missile attacks that have damaged 40% of Ukraine’s energy system. 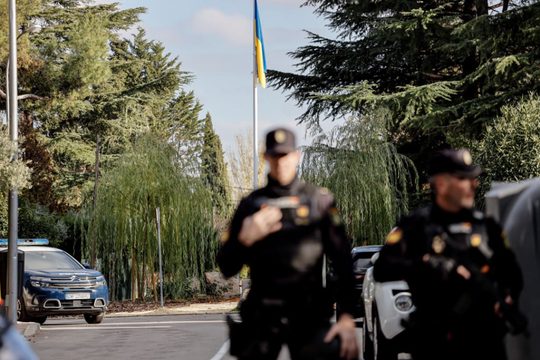 According to Foreign Minister Dmytro Kuleba, as many as 17 Ukrainian diplomatic missions abroad have received either letter bombs or blood-stained envelopes containing animal parts, such as cow and pig eyes, in recent days.

Romania starts supplying gas to Moldova, countering dependence on Russia. Romania aims to connect Moldovan gas transport to the European pipeline network to help Moldova fight against Russia’s gas blackmail, Romanian gas company Transgaz said in comments to Romanian outlet Agerpress. The gas will be delivered along the Iaşi-Ungheni pipeline, completed in 2013, with an extension pipeline to the capital Chisinau built in 2019.

Lithuania delivers 2 repaired German howitzers to Ukraine. Lithuanian Defence Minister Arvydas Anusauskas said on Dec. 3 that his country had repaired two damaged PzH2000 Howitzers and returned them to Ukraine, along with extra ammunition.