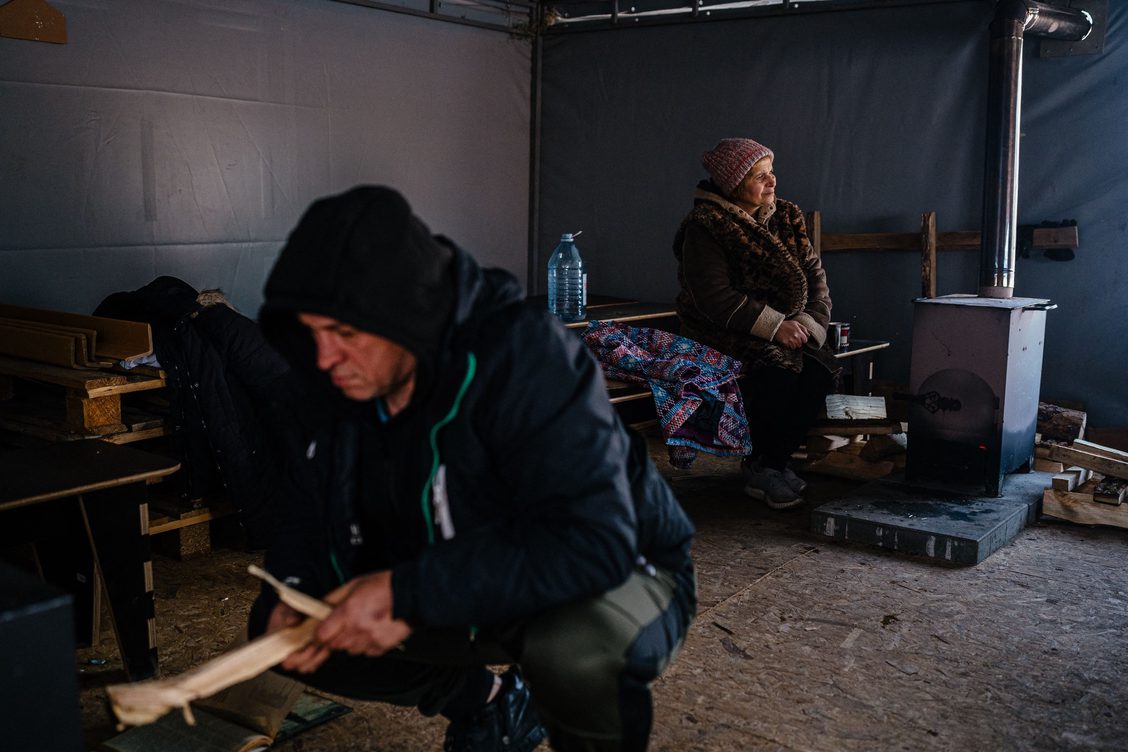 A local resident, living in a modular town after her house has been destroyed, warms up near a stove in a tent in Borodyanka, near Kyiv on Dec. 4, 2022, amid the Russian invasion of Ukraine. With temperatures dipping below zero, repeated Russian attacks have left Ukraine’s energy grid teetering on the brink of collapse and have disrupted power and water supplies to millions over recent weeks. (Photo by Dimitar Dilkoff/AFP via Getty Images)

KSE: Russia has stolen, destroyed $1.9 billion worth of agricultural products in Ukraine. The estimated 2.8 million metric tons of grain and 1.2 million tons of oil seeds were destroyed or stolen because of Russia’s war against Ukraine, according to the Center for Food and Land Use Research of the Kyiv School of Economics (KSE).

General Staff: Ukraine repels Russian attacks near 13 settlements in Luhansk, Donetsk oblasts. Over the past day, Russian forces launched seven missiles, 32 airstrikes, and over 50 MLRS attacks against Ukraine, the General Staff of Ukraine’s Armed Forces reported on Dec. 5. Ukrainian forces carried out 18 strikes on the areas of concentration of troops, weapons and military equipment and one strike on the positions of Russia’s anti-aircraft missile system over the same period, the General Staff said. The Ukrainian military also shot down one Ka-52 helicopter and four UAVs.

General Staff: Russia postpones civilian surgeries in occupied Donetsk due to rising number of wounded troops. Due to heavy Russian losses, hospitals in Donetsk and Luhansk oblasts are over capacity, the General Staff of Ukraine’s Armed Forces reported on Dec. 4. As a result, scheduled civilian operations are being postponed indefinitely. Around 300 wounded Russian troops have been transferred to occupied Novopskov in Luhansk Oblast, according to the General Staff.

UK Defense Ministry: Keeping tacit approval of war among population likely to be ‘increasingly difficult for Kremlin.’ In its update on Dec. 4, the U.K. Defense Ministry cited the recent polling that shows that Russian public support for the war against Ukraine is “falling significantly.”

Official: Kyiv to go back to having only planned power cuts ‘soon.’ Scheduled outages will be an improvement for the city that has been living with unpredictable emergency power cuts since Russia’s latest mass attack on Ukraine’s energy infrastructure on Nov. 23.

Electricity, water supply largely restored in recently liberated Kherson. Kherson Oblast Governor Yaroslav Yanushevych reported on Dec.4 that electricity has already been restored to 85% of households – almost 113,000 consumers. He expects the water supply to soon be restored for 70% of citizens once the pumping station resumes operation. 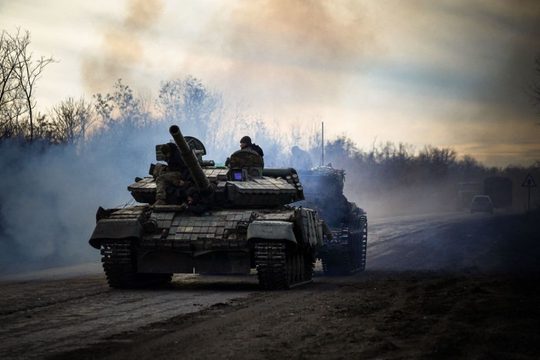 Russia is losing from 50 to 100 soldiers each day in the battle of Bakhmut amid its desperate attempts to capture the city in the eastern Donetsk Oblast, a military spokesman said on Dec. 4.

Russian forces attack 8 Ukrainian regions over the past day, killing 2. One civilian was killed in the eastern Donetsk Oblast and one in the southern Kherson Oblast.

Governor: Russian attack on Kryvyi Rih kills 1, injures 3. As a result of a missile attack on the city’s industrial enterprise overnight on Dec. 5, one employee was killed, Dnipropetrovsk Oblast Governor Valentyn Reznichenko reported on Telegram. Three more people were injured, he added. All of them are being treated at a local hospital. Russian forces also struck Dnipropetrovsk Oblast’s Nikopol District with heavy artillery and shelled the Marhanets community, Reznichenko said. There were no casualties, according to the governor.