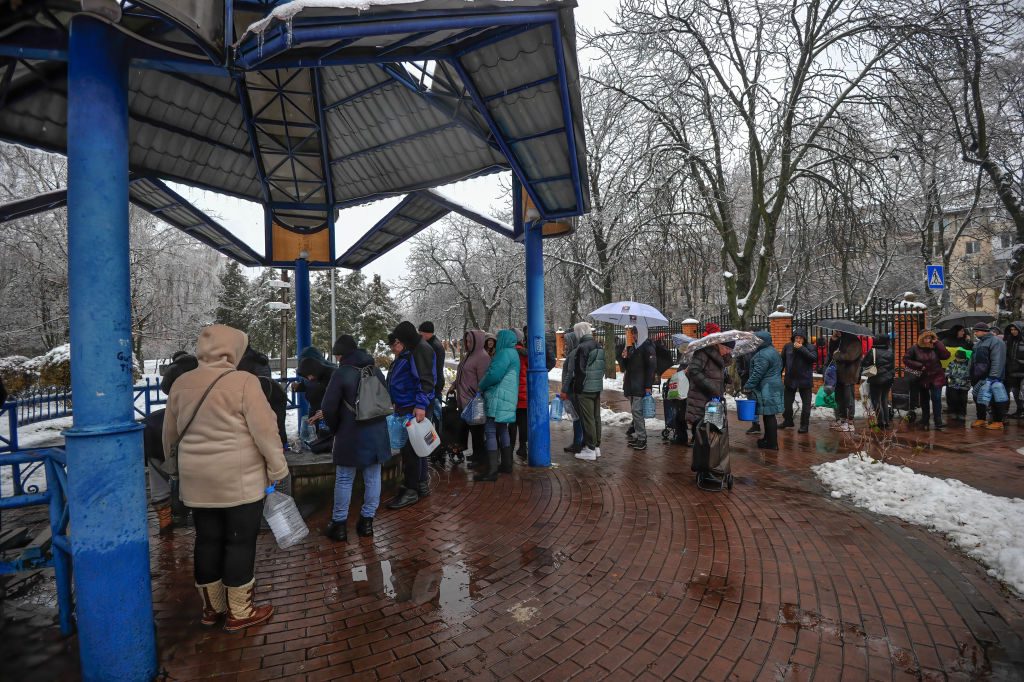 People stand in a line to get water from a pump into plastic bottles at a Kyiv park. On November 23, Russian troops carried out another massive missile attack, which led to a power outage throughout Ukraine. (Photo by Sergei Chuzavkov/SOPA Images/LightRocket via Getty Images)

Forbes estimates Russia has spent $82 billion on war with Ukraine since Feb. 24. During nine months of its full-scale attack on Ukraine, Russia has spent $82 billion on war, which is a quarter of its annual budget, according to Forbes. They calculated that Russia has used 10,000 to 50,000 shells per day in the war, and the average price of a Soviet-caliber shell [sic] is about $1,000. It brings Russia’s spending to more than $5.5 billion on artillery supplies alone.

Zelensky: Reports of Russian attacks on liberated Kherson Oblast come ‘almost every hour.’ In an address on Nov. 24, President Volodymyr Zelensky said the frequent attacks started after Russian forces were forced to withdraw from Kherson Oblast. “Only the liberation of our land and reliable security guarantees for Ukraine can protect our people from any escalation by Russia,” he said. “We are working with our partners every day for this.”

Ukraine retrieves 50 POWs from Russian captivity. Among those released in the prisoner exchange were 19 defenders of Mariupol, including 12 who participated in the battle of Azovstal, 15 people who were taken prisoner at the Chornobyl nuclear power plant, and seven from Zmiinyi Island.

UK defense secretary urges Ukraine to ‘keep up the momentum.’ UK Defense Secretary Ben Wallace told The Daily Beast in an interview that it is time for Ukraine to press its advantage in the face of “the poorly trained, poorly equipped” Russian Armed Forces. “Given the advantage the Ukrainians have in equipment, training and quality of their personnel against the demoralized, poorly trained, poorly equipped Russians, it would be in Ukraine’s interest to maintain momentum through the winter,” Wallace was quoted as saying. “They have 300,000 pieces of arctic warfare kit, from the international community”—a crucial requirement for any winter offensive.”

DTEK: Electricity for Kyiv residents to be reduced to 2-3 hours daily until power fully restored. Dmytro Saharuk, the executive director of Ukraine’s largest private energy company DTEK, said on Nov. 24 that the city’s critical infrastructure has partially been restored. Saharuk said electricity has been restored to around 30% of the city’s residents. DTEK will reportedly revert back to scheduled power outages once the system is stabilized.

Intelligence: Russia needs a week to prepare next mass attack on Ukraine. Russian reserves of high-precision weapons are exhausted, but the country still has many less accurate missiles left, according to Andrii Yusov, a spokesman of Defense Ministry’s Main Intelligence Directorate. 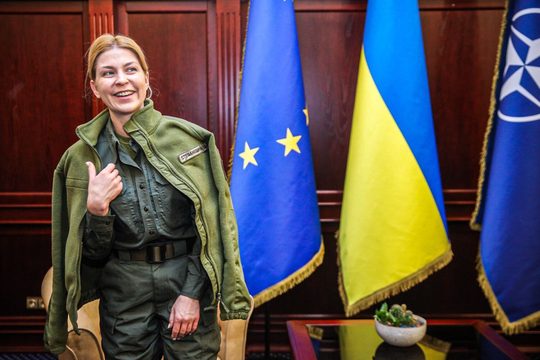 Deputy PM in charge of Ukraine’s EU accession: ‘A decade is far too long’

Ukraine’s Deputy Prime Minister Olha Stefanishyna’s focus is westward: She is tasked to make Ukraine a member of the European Union. 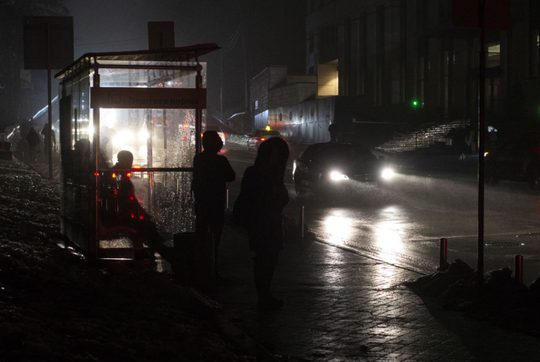 Power supply has been restored for up to 50% of consumers nationwide as of 7 p.m. on Nov. 24, a day after Russia’s latest mass missile strike on Ukraine.

Reuters: Official says more than 15,000 people missing in war in Ukraine. More than 15,000 people are documented to have gone missing during the war in Ukraine, an official with the International Commission on Missing Persons (ICMP) said on Nov. 24. Matthew Holliday, the ICMP’s programme director for Europe, said it was unclear how many people were held in detention, had been forcibly transferred, were alive and separated from their family members, or had died and had been buried in makeshift graves.

Russia’s recent attacks kill 2, injure 3 in Donetsk Oblast. In the past 24 hours, Russian forces killed two civilians in Bakhmut and wounded three in other settlements of Donetsk Oblast, the oblast governor, Pavlo Kyrylenko, reported on Nov. 24.

Ukrainian authorities discover 9 torture chambers in liberated Kherson Oblast. The bodies of 432 civilians killed during the Russian occupation were also found in the liberated territories of the oblast, Prosecutor General Andrii Kostin reported on Nov. 24.

BBC: UK foreign secretary visits Kyiv, pledges more support. UK Foreign Secretary James Cleverly travelled to Kyiv on Nov. 25 where he is set to hold talks with President Volodymyr Zelensky. While in the capital, Cleverly announced the UK will send 24 ambulances to Ukraine, and other 11 emergency vehicles, including six armored vehicles, which will be part of the emergency package.