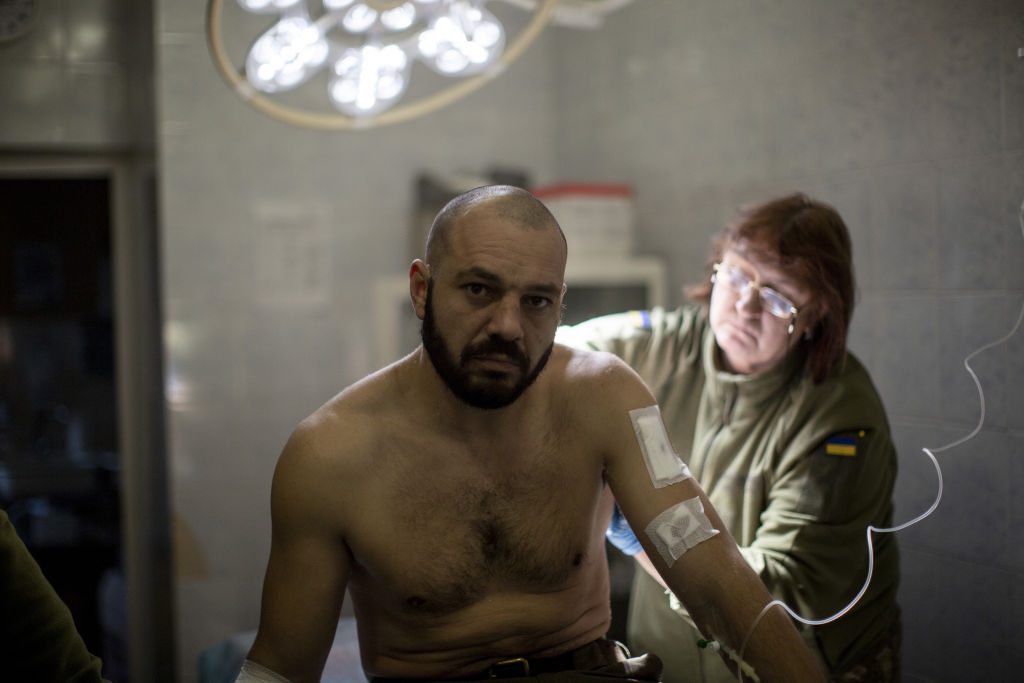 Reznikov believes Russia behind letter bomb attacks in Spain. “The world is beginning to recognize that (Russia) is a terrorist state. And terror knows no borders,” Defense Minister Oleksiy Reznikov said. “They use terrorist means to cause terror.”

Media: US Embassy in Madrid receives letter bomb similar to one that exploded in Ukraine’s embassy. This is the sixth explosive sent to administrative or military buildings in Spain. All of them contained similar, homemade substances, according to Spanish authorities.

ISW: Russian military movements in Zaporizhzhia Oblast suggest that it can’t defend critical areas amidst increasing Ukrainian strikes. Russia may be withdrawing its military personnel from positions closer to the front line in Zaporizhzhia Oblast to reduce the impact of increasing Ukrainian strikes on Russian manpower and equipment concentrations, the Insitute for the Study of War said in its latest report. 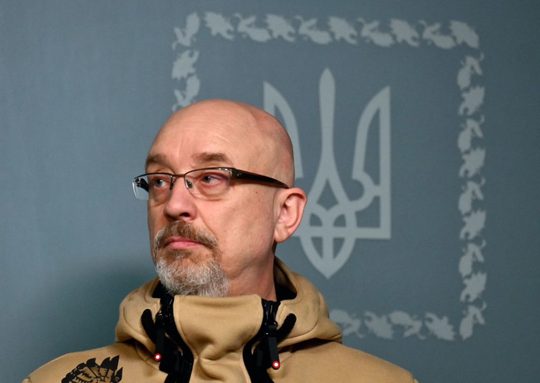 Ukraine war latest: Russia may be behind letter bomb attacks in Spain.

Defense Minister Oleksii Reznikov believes that Russia could be behind a series of recent letter bomb attacks in Spain. The first letter bomb was discovered on Nov. 30 after it was sent to the Ukrainian Embassy in Madrid. One of the employees received minor injuries while inspecting it. 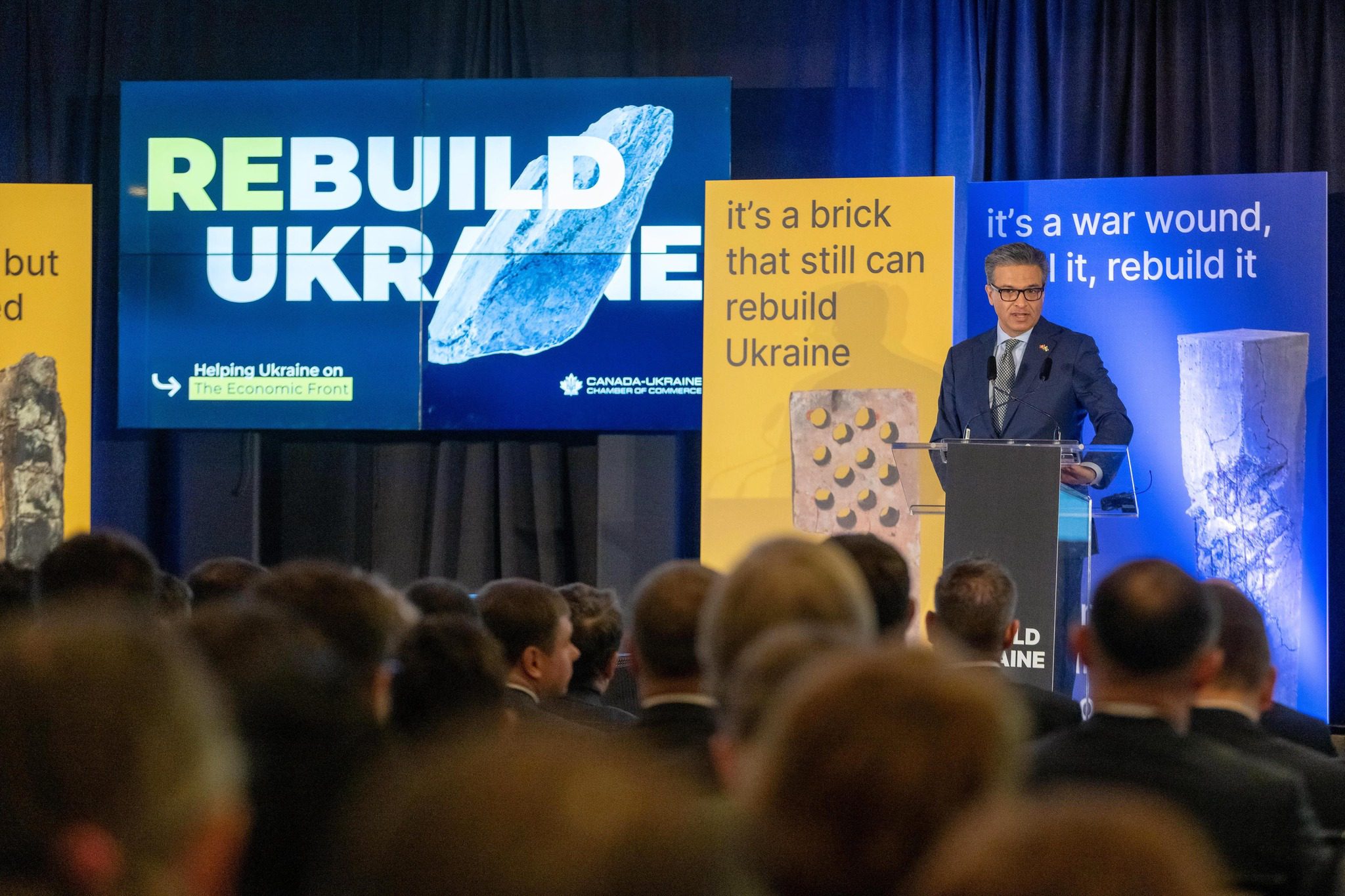 The Rebuild Ukraine Business Conference convened on Nov. 23 in Toronto while Russia launched yet another massive missile strike all over Ukraine, killing civilians, damaging critical infrastructure, and causing major blackouts across Ukraine and even parts of neighboring Moldova. 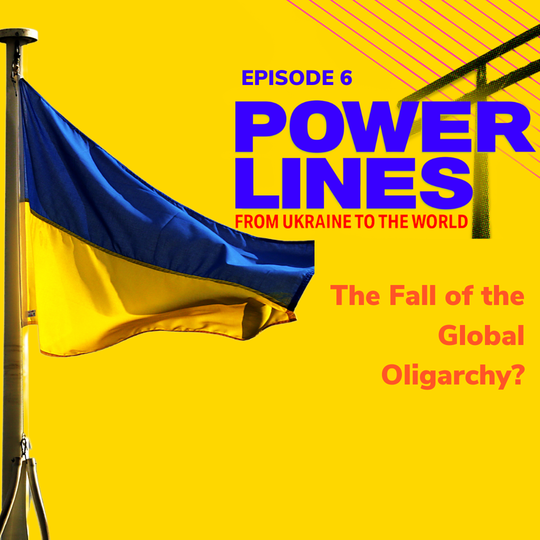 The demise of the Soviet Union in the 1990s saw the state’s vast wealth up for grabs by enterprising citizens; in making the public into the private, a new class of both Russian and Ukrainian oligarchs was born. For decades they played a pivotal role in local and international politics. But this era may be coming to an end.

In this episode of our podcast “Power Lines: From Ukraine to the World,” co-produced with Message Heard, we speak to Oliver Bullough, author of “Moneyland,” about the rise and fall of Russia and Ukraine’s oligarchs.

Macron, Biden say West will ‘never persuade Ukraine’ to unacceptable compromise with Russia. “We will never call on Ukrainians for a compromise that will be unacceptable. Because they are defending their lives, nation, and our principles, and because this will never lead to lasting sustainable peace,” French President Emmanuel Macron said during a joint press conference with U.S. President Joe Biden.

France, its partners discuss creation of special tribunal for Russia’s crimes. France has started to work with international partners, including Ukraine, on a proposal to set up a special tribunal to investigate Russia’s war crimes during its full-scale war, the French Foreign Ministry reported. “We mobilized in support of both the Ukrainian justice system and the International Criminal Court, which are competent to conduct impartial and independent investigations so that those responsible for these crimes are held accountable,” reads the report.

Spanish minister: Letter bombs won’t change decision to help Ukraine. Spanish Defense Minister Margarita Robles said on Dec. 1 that no letters with explosives or any other violent actions would change the country’s “firm and clear” commitment to support Ukraine in its defense against Russian aggression, BBC reported.

Reuters: EU governments ‘tentatively’ agree on $60 a barrel price cap on Russian seaborne oil. The decision envisages an adjustment mechanism to keep the cap at 5% below the market price, according to diplomats and a document seen by Reuters.

Switzerland freezes almost $8 billion in Russian assets under EU sanctions. Switzerland has frozen financial assets worth nearly $8 billion as a response to Russia’s invasion of Ukraine, the State Secretariat for Economic Affairs (SECO) said on Dec. 1. Fifteen Russian properties have also been blocked as of Nov. 25, the agency reported.

Ukrainian authorities seek to ban Moscow-backed church amid Russian invasion. Ukraine’s National Security and Defense Council has proposed banning Russian-affiliated religious groups, President Volodymyr Zelensky said in his evening address on Dec. 1. The most significant of the groups is the Ukrainian Orthodox Church of the Moscow Patriarchate, an affiliate of the Russian Orthodox Church.

SBU finds Russian propaganda, xenophobic literature in Moscow Patriarchate monastery in Zakarpattia Oblast. The Security Service of Ukraine said it had found brochures where Ukraine’s right to independence is denied, while stating that Russia, Ukraine, and Belarus “cannot be divided.”